Your cart is currently empty.

Allspice has many different names due to its long history. It is so common in English baking it has been called English Spice and in the early days of exploration it was named Pimento Berries because it was confused with black pepper. Even though its name suggests a mixture of spices, allspice is a single berry from the Jamaican bayberry tree. Its complex sweetness lends allspice a great deal of versatility. Whole, it is used in poached fish stock, vegetable and fruit pickles, and for wild game. Ground, it is found in spice cakes, puddings, cookies, gravies, bbq sauce and is a key ingredient in Caribbean jerk dishes and German sausages.

Gateway to the North BBQ sauce

Gateway to the North BBQ sauce

Just what spices should do...fill the kitchen with wonderful aromas. 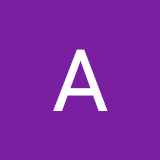 Amber F. Reviewed by Amber F.
Verified Reviewer
I recommend this product
Rated 4 out of 5

Was very pleased with my order and the spices. I asked for them to write a little gift note and it was simple and elegant. Especially with the packaging. I love how clean and sophisticated it looks. The spices were some of the best I have purchased. Very satisfied first time customer.

Subscribe to our newsletter and save 10% on your first order of $25 or more. Plus, get new recipes and exclusive deals sent to your email each week.